Climate Neutral Business Network seeks to maximize the value of climate neutral leadership – for companies, their customers, our communities and the climate.

A Little About Us

Climate Neutral Business Network (CNBN) brings unparalleled experience to deliver measurable competitive advantage for clients from their climate leadership. Our clients have forged some of the most creative and compelling carbon innovations – spanning the US’s first ever carbon neutral introductions in 2000 to Chevrolet’s recent $40m 8m ton carbon investment strategy -- which other leading companies now seek to emulate.
All our work is founded upon some of the most diverse stakeholder innovation dialogues, which creatively explore how leading companies, non-profits, campuses, faith networks, cities, green building and other stakeholders can most powerfully deliver on the demanding challenges they have established for themselves. Our ground-breaking #CleanEnergyU virtual dialogue, for example, was repeatedly top trending in 2015.

The leadership of CNBN’s founder and CEO, Sue Hall, has been widely recognized. Together, our partners demonstrate that innovative climate leadership can deliver remarkable value – for companies, their customers, our communities and the climate. 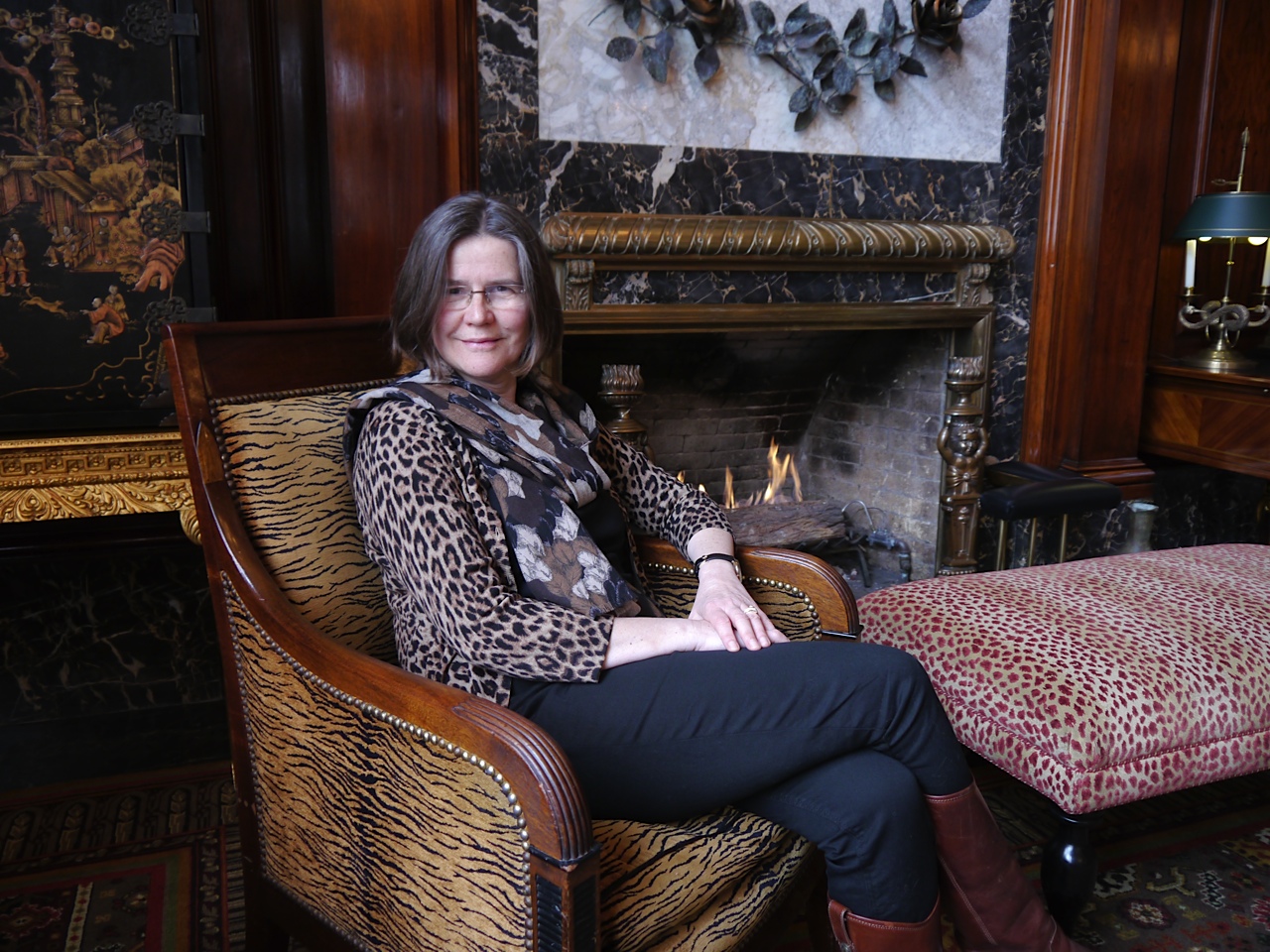 “Sue Hall … the hub of a powerful network” (Fortune)"

What Our Customers Think

“Transportation greenhouse gas emissions are up across the country, and national public policy is hostile to arresting that trend. So we need all hands on deck in the states and the private sector, with every useful tool deployed. We know displacing internal combustion vehicles with electrics is one of our most important outcomes; that wide deployment of charging stations is a critical factor in enabling that displacement; and that getting access to carbon markets is one of the tools we need to accelerate the deployment of charging infrastructure. Thanks to EVCCC, the VCS program and the work of lots of committed, knowledgeable people, that access is about to open up.”

Northeast States for Coordinated Air Use Management, Arthur Marin, Executive DirectorEVCCC – Exec Director NE State for CAUM
“Fueling up with electricity is one of the best things you can do to reduce carbon pollution. By capturing the monetary value of those carbon reductions, this exciting new project will help reduce the costs of charging and accelerate the switch to electric transportation.”

FORTH, Jeff Allen, CEOEVCCC – CEO FORTH
“As the nation’s largest utility company, we know that our customers want clean energy and new tools to help them reduce their carbon emissions. This new initiative will support our efforts to invest in EV charging infrastructure and make it easier and faster for our customers to adopt cleaner transportation options.”

Suzanna Mora, Director of Utility Initiatives at ExelonEVCCC – Director FGA at Exelon
“EVgo has already built out the nation’s largest public fast charging network in the U.S., with more than 1,000 DC fast chargers across the country. We recognize the need to expand and accelerate the growth of public charging infrastructure to enable the deployment of electric vehicles, which is why EVgo supports innovative approaches like this which reduce the costs of DC fast charging infrastructure.”

Wayne Killen, Director for Charging Infrastructure Planning and Business Development at Electrify AmericaEVCCC – Director CIPBD Electrify America
“Cities everywhere desperately need more EV fast charging. There's not enough to make a road-trip across this country or any country easy. This investment grows the options for everyday EV drivers, making electric charging simple and more efficient for everyone. Any business needing a new carbon offset should jump on board. This will be a game-changer for carbon markets, and a crowd-pleaser for EV drivers everywhere"

Jessie Denver, Energy Program Manager with the City and County of San Francisco’s Department of the Environment, a member of CNCA. EVCCC – EPM San Francisco’s DOE
“One of the original motivations for this EVCCC project was to compensate for the higher costs of deploying and operating EV charging infrastructure. The new carbon credit revenues -- which are expected to yield an estimated 5 percent to 10 percent return on capital -- make these deployments more financially sustainable.”

Bryan Garcia, President and CEO of the Connecticut Green BankEVCCC – CEO Connecticut Green Bank
“Empowering Sue Hall to manage their stakeholder dialogue process was central to Chevy’s success. It takes a leader to pull the people together in this way.”
“There was openness in the process that was essential to make this kind of transformative leadership happen …”
“… and, as a result, empowering and open to learning and innovation!”
“no preconceived ideas about outcomes” .. “very unusual”
“Chevy asked such open ended questions in response to really big challenges -- to shape so creatively what could then be achieved”
“Chevy’s extremely ambitious goals goals created a great sand box – into which they then invited us all to play.”
“Chevy’s stakeholder process was a core bedrock”
“Chevy created an entirely new template in the carbon market that multiplied their own leadership by empowering others to take the same high road.”
“This wasn’t the “here’s a new framework” white paper theory kind of leadership. But “here’s time, dollars on the table and we’ll make it happen” leadership. They created an entirely new paradigm with the wheels to deliver on a new set of outcomes and market precedents. That’s impressive leadership.”
“When Chevy said they would pioneer a new methodology and fund campus credit projects to accelerate their clean energy performance in our communities – that was the step that took Chevy’s CRI to a really transformative program.”
“Chevy changed the rules of the game to change the shape of the playing field. You don’t see this kind of transformative leadership very often!”
"Chevy’s story tells us about the power of bringing together distinct voices and the ability this generates to make major pivots together – to transform and change the rules of the game"
"With Chevy this was MOON SHOT leadership when we were flying biplanes before”
“For a millennial, it’s ‘show me you understand the bigger picture, your role in it – and partner with us like Chevrolet did’. They engaged with students in dialogue on #CleanEnergyU and empowered them to become the next generation of clean energy leaders. Now that’s a legacy that will be worth remembering for them!”Engaging and Empowering
“Other companies should look at Chevrolet and realize that it’s no longer business as usual to just make money and have a fiscal return on investment. They need to contribute a positive return on our natural capital, and keep up with the new B Corporations: the millennial generation and even my generation are expecting this.”Keeping up
“CRI allowed Chevy to stand alongside companies like Apple and Google at the White House making a pledge for the climate by 2015 . Honestly, it would have taken Chevy forever to get in this elite circle of consideration if they had done it purely by conventional means … It would have been a 15 year journey to get to that White House platform with just “the better car” route … CRI leapfrogged them to a completely different level of visibility and leadership in just 5 years.”Leapfrogging with CRI
“As a result of CRI, Chevy clearly repositioned some dimensions of its brand successfully – otherwise you don’t show up on those Interbrand GREEN brand rankings which are the independent third party brand value metrics.” Reposition Brand Dimensions
“#CleanEnergyU -- fascinating dialogue at the right time and right place, as the recent White House calls demonstrated!”White House
“From a brand perspective, #CleanEnergyU significantly broadened Chevy’s communications through a social media channel that engaged a key millennials in new and exciting ways ”Engaging